The Silver Thimble has been awarded in the Utah Quilt Guild since 1997. These winners have been chosen for their outstanding efforts to encourage, promote and preserve the art of quilt making in Utah.

This year's winner has been a member of the Utah Quilt Guild for 25 years. She was born in Colorado. During her early years of her life she and her family moved many times as her father was in the military. When her father retired from the military, they made their home in Utah.

She graduated from Ogden’s St. Benedict’s School of Nursing, now Ogden Regional Medical Center and worked many years as a charge nurse in the operating room at McKay-Dee hospital. She married and she and her husband were married for over 42 years before his death on June 28. Together they had two children, a son and a daughter. She also has 4 stepchildren, 17 grandchildren and 14 great-grandchildren. She has inspired several of her grandchildren to become quilters. One granddaughter has won several awards for her quilts, and a grandson has entered three different quilt shows with his quilts, passing on their grandmother’s legacy.

A great believer in the Utah Quilt Guild, she has been a member of three different chapters of the guild in which she has contributed to each one. One member shares the following memory.

“Shortly after I joined the Ogden Quilt Guild in 1998, it was time for the elections in our chapter, the Ogden Quilt Guild. We had a rather large group of women, but none of them were interested in being the President. She announced that we could not find someone to step in and serve as President, it would be difficult to maintain our [UQG] chapter status. She came over to me and said, “Would you be willing to serve as President next year if I serve as President this year?” I was very nervous about that question, but cheerfully told her I would do that. We had a great two years. She was a good President with leadership and organizational skills that were admired.”

Besides being president of the Ogden Quilt Guild, she was also president of the Roy Quilt Guild and Kalico Cut-Ups. In addition to serving as president of the chapters she is a member of, she also makes sure that those guilds are fully staffed and run smoothly. She has served as the Program Chair in all of these chapters, presenting mystery quilts, Block of the Month’s and mini workshops in many different styles of quilting from traditional to out-of-the-box quilting.

She has served as an Area Representative on the Utah Quilt Guild board two different times for several years each time. With that responsibility she constantly visited quilt guilds in her area to make sure that they were informed about all of the activities of the state quilt guild. She always followed through on her assignments and was a calm voice of reason in board meetings.

She has also been on the Quilt Festival board continuously from 1992-2018, being in charge of mini quilts several times as well as the Orphan block exchanges and the Round Robin exchanges. She coordinated the “Tribute to Friendship: A Quilting Round Robin in 2010.” This show featured over 50 quilts including participants from 8 different states. She has said, “What I’ve enjoyed the most in the round robins is meeting women who share the same passion for quilting that I do. We are united by needle and thread.”

Besides Guild leadership, she has encouraged and promoted and preserved the art of quilt making by teaching. She has taught classes at many Quilt Fests/Annual Meetings. As one member says, “Her classes are never boring and always full of new ideas along with her own unique twist.” Another said, “I first met her when she was teaching classes at Gardner’s Quilt and Sew when they were located in downtown Ogden. She inspired me with her creativity and her enthusiasm for quilting. She has been a mentor and friend to me since then. She was been teaching quilting classes for many years, both in the quilting groups she belongs, but also at Quilt Fest. She is always willing to help quilters struggling with projects. She continues to learn and grow in her quilting.”

Another said, “All of her classes are well researched and well presented. Her classes are always a favorite. I love to take any class that she teaches! I feel like I come out of the class with the knowledge and skills on how to do the project we are working on and also inspired to try new techniques. She has well written instructions and a lot of beautiful quilts to display that feature the techniques that she is teaching.”

In addition to teaching at Quilt Fest and Gardner’s Quilt and Sew, she has also taught classes  at the quilt school that was in Syracuse, Sweet Lavender, My Heritage Quilt Shop, Elaine’s Quilt Block and now at My Sisters Quilts in Sandy and at retreats at Bryce Canyon and Panguitch to name a few. She has also presented programs to community groups providing trunk shows and lessons to Girl Scouts and Boy Scouts, Church Relief Societies and for the local Medical Society in the Ogden area. She has taught in at least 4 other states besides Utah, including Idaho, Wyoming, Colorado and Hawaii. This is her 11th year teaching year-long classes using Kaffe Fassett Collection fabrics first at Sweet Lavender but now at My Heritage Quilt Store in Ogden and at Elaine’s Quilt Block, now My Sisters Quilts in Sandy. Currently there are about 60 people attending. Each May she coordinates a special exhibit at UQSM (formerly HMQS) of these special quilts, enabling many to share in the enjoyment of quilts. Other noteworthy community service includes over 700 hours of volunteer hand quilting for McKay Dee Hospital as well as organizing for the Festival of Trees and Christmas Tree Jubilee.

She has entered her own quilts into quilt shows to inspire and share with others. Many of her quilts have been award winners. They always feature great skill with color, technique and artistic endeavors. She was involved with the Millennial Quilt show at the Brigham City Museum, the Eccles Art Center in Ogden and for the local Medical Society. She has often been a quilt judge as well.

She was chosen for the Silver Thimble Award because of breadth and quality of her service, both to the Utah Quilt Guild and to the community at large. She has encouraged, promoted, preserved the art of quilt making in Utah in such a variety of ways and to so many different groups of people that the Utah Quilt Guild is very pleased to announce Kaye Evans as the winner of this year’s Silver Thimble Award. 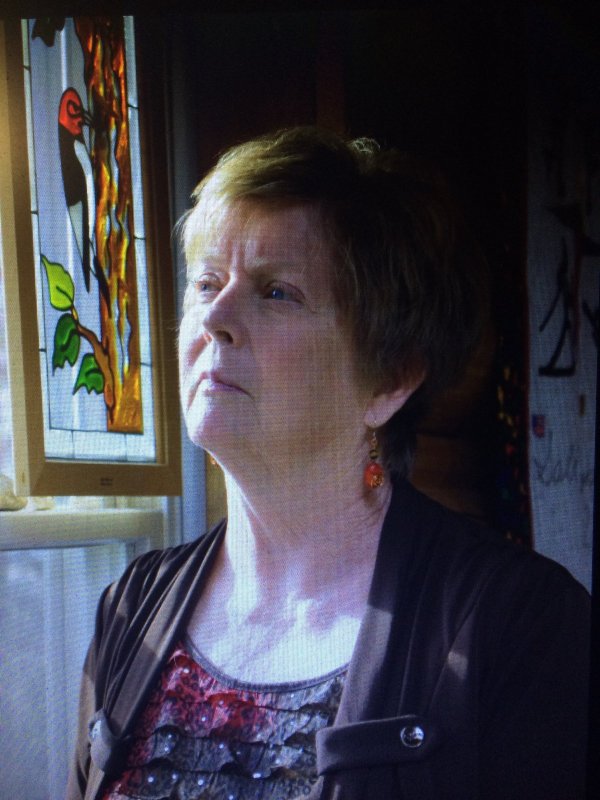 Please congratulate Kaye on being the 2019 winner of the Silver Thimble Award.

In 1997 the first Silver Thimble award was created to recognize outstanding service and commitment to the Utah Quilt Guild and its mission to encourage, promote and preserve the art of quilt making in Utah.

If you know of someone special, who has contributed greatly to the promotion and enjoyment of quilting in the area served by the Utah Quilt Guild, please consider nominating them for this prestigious award. Is there someone who has inspired you to be a better quilter or who has been an impressive force in bringing quilters together?  Fill out the form below and nominate this special person for the Silver Thimble.

Form to nominate a person to receive the Silver Thimble